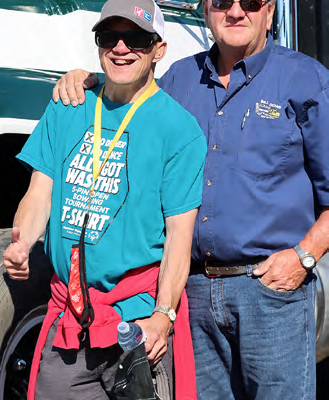 Not all convoys are about fictional protests! Some, like The Nova Scotia convoy even have do great things for the community.

Across the Atlantic provinces, truckers are busy making plans for their annual convoys in support of the Special Olympics. Don Mullens and his family launched the Nova Scotia Convoy in 2012. Since the humble beginning, the Nova Scotia Convoy has emerged as both the largest convoy in North America, by number of trucks participating and dollars raised. Since 2012, the Atlantic provinces trucking industry has raised close to one million dollars.

The Special Olympics hope “sport will open hearts and minds towards people with intellectual disabilities and create inclusive communities all over the world.” Along the way, they connect people from all walks of life. From the coaches and volunteers that put on the programs, from Bocce to powerlifting, to the athletes that give 100% in training and competition, the Special Olympics connect people and communities, changing everyone along the way.

John MacDonald, Director, Business Development and Marketing with Special Olympics Nova Scotia said, “the entire trucking industry throughout Nova Scotia is supportive” with a Nova Scotia and Prince Edward Island Truck Convoy so far. Participants range from long-time partner Atlantic Tiltload Ltd. to last year’s lead truck Edwin MacDonald, from Sheet Harbour, N.S., that works in the industry on the maintenance side. Edwin and his wife Rebecca watched one year, as hundreds of trucks rolled by in support of the Special Olympics and they got hooked. Lead truck is an honour held by the truck that raises the most money. They have been the lead truck for several years running and everyone around knows. John was not exaggerating when he spoke of industry support.

On a recent trip to P.E.I. I was able to speak with Charity Sheehan, Executive Director, Special Olympics P.E.I.. She talked about the excitement the community shows every year upon the arrival of the trucks and truckers. Many athletes and truckers have built lasting relationships over the years. She said Bill Dole is a fan favourite, pulling a big yellow dump truck. Bill recalls his daughter’s first Olympics vividly and how the Amherst-based woman socialized, laughed and competed with other athletes from all over. The dedication to the sport and experiences exhibited by athletes, coaches and other volunteers won Bill over that day and he got involved the next chance he had. Not just in the convoy either, but with other truckers and industry partners who hold the annual Border Town Show and Shine for the Special Olympics in Amherst, N.S., the second Saturday in September every year (September 6th, 2022). You will find Bill with his close friend and trucker buddy Michael Morris driving the route as they have now for many years.

Edwin is a stellar example of how a simple letter can have a huge impact. Edwin borrowed a truck the first year and raised $500 by sending out a simple letter to close friends and family. Last year, with the match made by Atlantic Tiltload, Edwin raised $30,000 and was lead truck, a position he has held for four consecutive years. What is his secret? Edwin uses all his contacts from years in the industry to fundraise, growing his network of support and funds raised along the way. He still uses that simple letter, with some edits he said. On the event, Edwin noted, “every one of those truckers is a winner.”

Anne Butcher from Atlantic Tiltload was forthcoming in sharing their passion for the event and like Edwin, for the truckers.  That passion is for both the event and the cause. Tiltload started donating to the Special Olympics five years before the first convoy. She spoke of how good it feels to see the “big red rigs with Tiltload in big letters giving support.” When asked why they continue to participate, she was quick to reply: “we’re a trucking company.” With their teams, they have raised more than $115,000 for the Special Olympics. They have had the lead truck and team for a number of years. They also support the Special Olympics in other ways including the annual gala.

The trucks are as diverse as the people are, from big rigs to dump trucks. With up to 200 trucks to choose from, there will be a colour, model and brand for everyone. When there, make sure to be ready to wave back at all the “truck buddies,” athletes that get to ride in those big rigs.

To learn more about Nova Scotia’s Truck Convoy go to www.specialolympcsns.ca, and for Prince Edward Island’s specialolympicspei.ca/pei It’s clear the trucking industry in Nova Scotia uses their creativity and tools for a cause dear to them. We would love to hear what ways you are working to support your communities using your own uniqueness, creativity, network, autos and/or trucks. Contact Auto and Trucking Atlantic to tell your story.

21 More posts in July 2022 category
Recommended for you 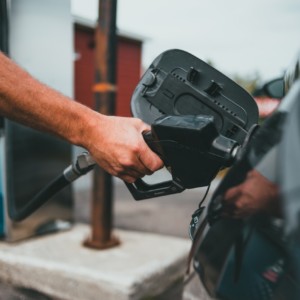 Planning ahead, managing money key to dealing with prices at the pumpBy Kristen Lipscombe Our...