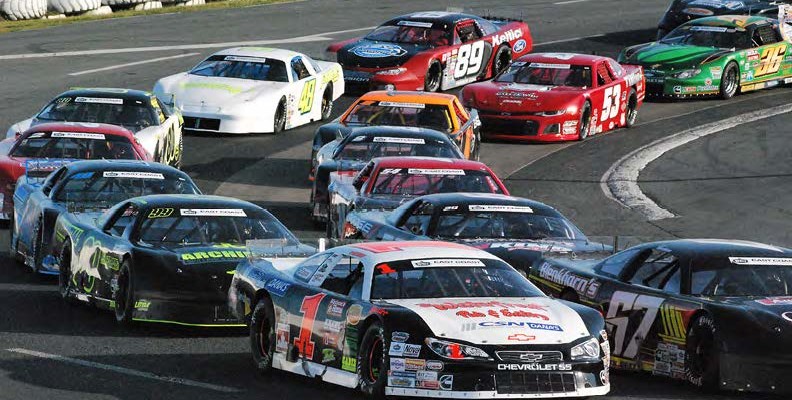 Simply put, the last two years have not been easy on the motorsport industry in Atlantic Canada.

Nestled in the northeast and across the border from the United States, the industry faces hurdles that their counterparts south of the border do not. Add the strains the COVID-19 pandemic has put on the entire community and it creates even more mountains to climb for the sport. With gathering limits and restrictions choking off potential profit for tracks and the pandemic keeping people home, whether worrying about the virus or not being able to fully enjoy the sport to the fullest extent, it ultimately has cut profit for all involved.

Enter touring series. These series typically bring a different form of racing to a track that might not have it or bring several visiting teams to a track they might only get to once a year. These touring series bring in revenue to not only the track through new people in the gate, both fans of the series and their drivers, but also tourism dollars to the area the track is located within. Whether big or small, every paved oval in the Maritimes sees at least one of the five touring series visit yearly and with an addition of a sixth, there is plenty of entertainment and plenty of obstructions due to COVID that they all have to navigate.

With one exception, most of these tours had to deal with unique health and border restrictions between three separate provinces. This has led to countless canceled races and even some races moved from one province to another.

Restrictions related to COVID-19 seem to be lifting in the Maritimes and with our neighbours to the south being able to virtually live their lives freely, there is a glimmer of hope through the freshly fallen snow that our racing season might look normal or close to it for the first time since 2019.

So, what can race fans expect to see when they hit the road to see their favorite touring series in action in 2022? Here’s a brief look at what is to come!

The top stock car touring series in Eastern Canada heads into its 22nd season and the second with new primary sponsor East Coast International. The last two years have been a rough road with 2020 only seeing two races contested with an abbreviated 2021 season that was shortened to nine events. The nine races were contested between Scotia Speedworld, Riverside International Speedway and Petty International Raceway with one of the Scotia Speedworld events being relocated from Petty Raceway due to travel restrictions related to COVID-19.

Potentially the biggest racing storyline in the Maritimes in 2021 was the Pro Stock Tour crowning a new champion in veteran driver Craig Slaunwhite. The Terence Bay, N.S. driver was a multi-time winner on the series and several times a Sportsman champion heading into the 2021 season, but had experienced several winless seasons heading into the new year. Slaunwhite quickly changed that with a new-to-him Fury race car landing him in victory lane over three straight races in the heart of the Summer en route to the Tour title.

Fans have plenty to look forward to on a schedule that is strikingly similar to those from the late 2010’s. The Series opens at Scotia Speedworld on the Victoria Day Long Weekend before hitting the road for 11 more races to make an even dozen. After two years off Prince Edward Island due to COVID, the series is set to make two trips across the Confederation Bridge in July. The IWK 250 returns to the schedule at Riverside Speedway for Saturday, July 23rd. The series will conclude at Scotia Speedworld on September 24th – a race that last year was dedicated to the memory of Hall of Famer Jim Hallahan, who lost his battle with cancer in December 2020. Ashton Tucker was the winner of the race in 2021 for his first Maritime Pro Stock Tour feature victory.

With the tour being back for a full schedule at the four marquee tracks in the Maritimes, fans will want to circle as many as they can to get to in 2022!

The Tour that has been altered the least due to COVID has been the Atlantic Modified Tour.

While shortening a season due to COVID-19 in 2020, the Tour still raced a half dozen times between three New Brunswick tracks with Yves McCray being crowned a champion. The Tour also garnered the TCM Fan Favorite Touring Series as voted on by race fans of TimsCorner.ca.

The 2021 calendar year marked a return to a full season, with only one race being canceled (at Petty Raceway in August) due to COVID restrictions and a second lost at the end of the year. Travis Conroy won the first race of the season at Petty Raceway in June and held the lead until the end of the season to capture his first touring series championship. The Miramichi, N.B.  teenager fought to the end of the year with reigning champion McCray for the title with the championship battle coming down to the last race in October at Speedway Miramichi.

The Atlantic Modified Tour has 11 point races scheduled as of press time for 2022. The series will visit Petty International Raceway, Speedway Miramichi and Speedway 660 in New Brunswick while also making a return to the CENTRE For Speed outside of Shediac. The series has not been to the track since 2014.

The series marks its 20th anniversary season in 2022, becoming the second most tenured series (active) in the Maritimes behind the Maritime Pro Stock Tour. The series is overseen by Doug Matchett (President) and Joe Hoyt (Vice President), who oversee the executive that operates the Tour.

No series has quite rolled with the punches quite like the Maritime League of Legends Tour.

The series sat dormant in 2020 due to COVID restrictions preventing them from completing a race. The society run series overseen by President Jason Foster returned in 2021 with races being contested at Scotia Speedworld, Petty International Raceway, Speedway 660 and Oyster Bed Speedway. With 2019 champion Braden Langille not competing in all the events, it opened the door for a new champion. Craig MacDonald filled the role after coming up short in several previous attempts. Among the highlights of his season was a win on SpeedWeekend at Speedway 660, an event he had been trying to win for a decade.

The series is set to return for 2022 with an early season trip to Speedway 660 on May 29th. In addition to the tracks they visited in 2021, Riverside International Speedway makes a return to the schedule for two events including a spring visit in June. In total, the Maritime League of Legends Tour is set for 11 races over 10 weekends in the new year.

The Four Cylinders are set to hit the road again in 2022 after a roller coaster ride over the past two seasons due to COVID-19.

The 2020 season was set to be the first for an expansion which would see the rulebook opened up to include various makes of cars outside of Honda Civics. Like the Maritime League of Legends Tour, the Nova Scotia based series became stranded due to travel restrictions and did not run in 2020. The debut for the new look for the series would have to wait until 2021 and after several early season events got scrubbed, they fired their four cylinder engines in July at Petty International Raceway.

Several domestic race cars joined the party throughout the year, including Rookie of the Year Marshall Bezanson of Oldham, N.S. and Ryan McKnight of Sussex, N.B., who ran full time in a Dodge Neon and Toyota Celica, respectively. The change was evident at Speedway 660 in September when over half the field was made up of domestic cars from the Sharp Shooter class.

When the dust settled, it was a familiar name hoisting the championship trophy. After destroying his primary car in the first race of the season, Dave Matthews rallied to become the first repeat champion in the short history of the series. The championship on the tour, along with a track championship at Scotia Speedworld, further cements the Kennetcook, N.S. driver as one of the best of his era to race a four cylinder in the Maritimes.

The 2022 season sees a 10 race schedule on tap, including their first trip to Atlantic Motorsports Park outside of Shubenacadie, N.S. The road course had been on the schedule the past two seasons but their debut at the track has been canceled in each of the past two years because of COVID-19. The series is bookended by stops at Scotia Speedworld in May and September with events at Riverside Speedway, Speedway 660, Petty International Raceway and Oyster Bed Speedway.

Prior to 2022, the Heart of a Champion Hot Rod Classics had been the new kid on the block when it came to touring series in Atlantic Canada. The series, comprised of vintage race cars, was announced in 2019 to begin the next year. Due to COVID, their schedule looked a little different than originally planned but got their start at Petty International Raceway in August of 2020.

For newcomers, the series can be likened to a car show on wheels, bringing fans back to the days of the past with old school race car bodies and some returning names to the track. Cy Harvey was the first winner in the series and they have since turned heads throughout the region with races at Scotia Speedworld, Riverside Speedway, Sydney Speedway, Oyster Bed Speedway and Speedway 660.

As of press time, the series has yet to release a full schedule of events for 2022 but Riverside Speedway, Petty Raceway, Speedway 660 and Oyster Bed Speedway have all announced the series will return with Scotia Speedworld expected to be another stop for the Hot Rods. Lake Doucette Motor Speedway outside of Yarmouth, N.S. will also welcome the series for the first time on June 4th.

The biggest question going into the 2022 season – does the Maritimes need a late model sportsman tour?

Now, the question was asked in 2017 when the East Coast Mini Stock Tour brought a four cylinder tour to the region and has seen success for that division. Several Sportsman Series have been tried and eventually fell to the wayside. The last of those being the NAPA Sportsman Tour which, after a successful few seasons, found a home at Riverside International Speedway as a one-track series in the late 2010s.

McFetridge, former co-owner at Petty International Raceway, purchased the NAPA Sportsman Series with the intentions of taking it on the road. After talking to several tracks, teams and stakeholders, the series has a seven-race schedule and almost 30 teams registered heading into 2022. Three races will take place at Riverside, including $5,000  to win, 150-lap feature on Saturday, August 20th. The series will go green at Lake Doucette Motor Speedway outside of Yarmouth on Saturday, June 4th and will have stops at the CENTRE For Speed, Scotia Speedworld and Sydney Speedway in its inaugural season.

The series has found several marketing partners, including Auto World Sales and Service in Truro, N.S. as the primary sponsor for the series. Auto World is owned by former Maritime Pro Stock Tour champion Dylan Blenkhorn and he plans on competing in select Sportsman starts with the new series in 2022.

Here is hoping that we get back to normal and see full fields racing in front of thousands of race fans cheering them on. You can do your part by getting out to the track and checking out some great short track racing in your back yard!

18 More posts in March 2022 category
Recommended for you 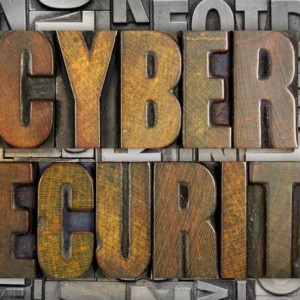 Cybersecurity takes many forms and trucking companies need to be alert in order to stay...