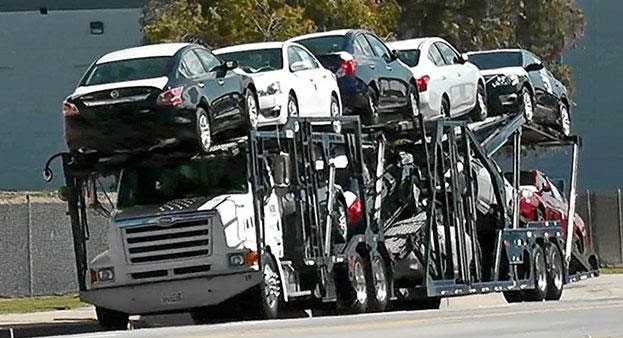 The cost of the intractable semiconductor shortage has ballooned by more than 90%, pushing the total hit to 2021 revenue for the world’s automakers to $210 billion, reports AlixPartners, which predicts global vehicle makers will build 7.7 million fewer vehicles due to the chip crisis this year – double the consultant’s previous estimate of 3.9 million.

As reported by Transport Topics, the industry forecaster says despite ongoing efforts to shore up the supply chain, semiconductor availability has worsened as manufacturers exhaust stockpiles and other industries have no more to spare.

“The barrel is empty, there’s nothing left to scrape,” Dan Hearsch, managing director of AlixPartners automotive and industrial practice, said in an interview with TT. “Going forward, sales will suffer. Sales

Key supply centers in Southeast Asia have been hit with factory shutdowns as COVID-19 outbreaks spread. It now takes a record 21 weeks to fill chip orders and auto executives say the shortage could last for years.

“It certainly feels like the most protracted supply shortage the industry has seen because it’s not over,” Hearsch said. “It’s certainly the most far-reaching. This is every place. This is everybody.”

As inventory on dealers’ lots has dwindled, prices have skyrocketed. Average car prices reached a record $43,355 in the U.S. in August, according to researcher Cox Automotive. Supply is so constrained, some dealers have resorted to renting cars so they have something to display in their showrooms, Hearsch said.

This is the third estimate AlixPartners has issued this year on the financial impact of the shortage. It began by predicting in January it would cost the industry $61 billion and then lifted that to $110 billion in May.

Hearsch said he couldn’t guarantee there won’t be further upward adjustments to the forecast given myriad uncertainties facing the industry.

TORONTO — One of the outcomes of the 2018 Humboldt Broncos tragedy is the reform of transport truck driver training in Canada, which has seen mandatory entry-level training (MELT) become a requirement to getting a licence in parts of the country.

More than three years after the tragedy, eight out of 13 provinces and territories have yet to make training mandatory for licensing truck drivers, despite it being codified as a national standard in 2020 by the Canadian Council of Motor Transport Administrators, an organization that brings together all the federal, provincial and territorial transport departments.

W5 surveyed the truck driving school landscape across Canada to produce this snapshot of the state of MELT in the country.

In Nova Scotia, you can upgrade from your Class 5 to a Class 1 licence after a year of experience behind the wheel of a car. You need to be 19, pass written, medical and optical tests with “successful demonstration of driving ability in a semi-trailer or a tractor trailer combination.”

There was no training requirement in Nova Scotia to get your Class 1 transport truck driving licence in late September 2021. But that may change sometime in the unspecified future, as Nova Scotia is in the process of adopting the national entry-level training standards, according to the Nova Scotia Department of Public Works.

In Nova Scotia, there are four registered institutions offering commercial truck driver training (Class 1), two in Sydney and one in Masstown and Dartmouth.

There are currently no training requirements to get your Class 1 licence in New Brunswick. The written test requires being at least 18, a year of holding another driver’s licence and a medical fitness report. To take the Class 1 road test, you are additionally required to bring “a road worthy vehicle” to your road test.

But that may soon change. “New Brunswick is currently reviewing the federal standard and will bring recommendations forward for [the] government’s consideration in the New Year,” a government spokesperson explained in an email to W5.

There are four truck driving schools in New Brunswick: three private and one public (and bilingual) offering training programs ranging from 112 to 465 hours.

P.E.I. is in the process of adopting the standard. There is one driving school on the island that offers a six-week-long Class 1 course, exceeding the minimum MELT standard.

Licensing in the province is the responsibility of Motor Registration and there are no training requirements in their list of must haves for a truck driving licence: one year Class 5 licence, medical, passed written commercial and sign and vision tests, plus air brake endorsement. Only then will you get a permit allowing you to be instructed by another licensed commercial driver. Otherwise, you’re free to take the road test in Newfoundland and Labrador without mandatory training.

MELT is still a moving part in Newfoundland and Labrador, where the requirements and timelines are yet to be identified, according to the Department of Digital Government and Service NL.

In that province, there are three institutions – one public college and two private – registered to provide 13-week long truck driver training programs.

22 More posts in November 2021 category
Recommended for you 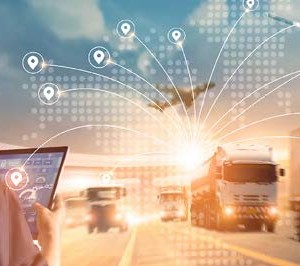 The Next Five Years of Vehicle Connectivity: Where will we be?

Whether for reasons like safety, or updates or communication, car connectivity is here to stay...