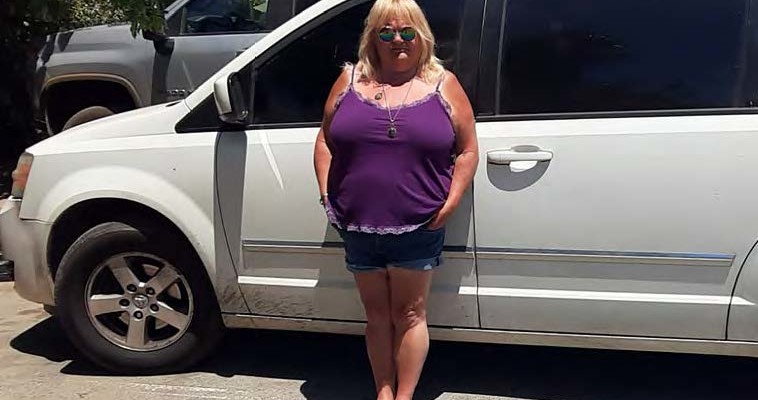 What happens when a single woman of a certain age loads her van with food, provisions, two dogs and sets out for a road trip she’ll never forget? All is revealed here…

I start my journey on a rainy Sunday, May 2 in a 2008 Dodge Grand Caravan departing from middle Kentucky (Ky.).  The first day is really about stopping to see a few friends. Although this adds almost 1000 miles to the overall trip it is definitely worth the time and effort.  I also learn that the GPS I use really hasn’t caught up to some of the road improvements made in Kentucky and Tennessee.   So I spent extra time going in circles; always fun in the rain.  Finally, with the help of a friend in Paducah Ky., I find the way out of there and get back on track toward Mississippi.

Tennessee is another challenge.  I have to go through Memphis and they are upgrading roads as well.  So I get lost and have a lovely tour of Beele St., which honestly is kind of cool.  I run a couple of red lights, oops, but get back on track eventually without any tickets, and am en route to Collins, Ms..  I arrive  without incident, spend the night with friends, and continue on my journey next morning.

I stop and get gas and coffee at a little station on Highway 84W in Mississippi, not far from where I spent the night.  This is my third fill-up and all at under $3 bucks a gallon: not bad.  Buy some water for the dogs, and reset my GPS so I don’t have to go through the center of Texas.  This takes me back north but actually saves time.  There’s more rain the second day too.

I go through Louisiana without stopping and make it through Dallas.  On the other side of Dallas I start seeing signs saying tornado watch in this area.  I keep driving.  The rain starts getting harder.  The next sign says tornado warning area.  I pass a couple of them.  I have somebody check for me and they say the tornado is really close to my location.  About then the hail starts.  I take a ramp and all the traffic in front of me is under the overpass.  I think, holy crap, and say a quick prayer.  I get as close to the stopped traffic as I can; a tanker is next to me, and I wait for it to pass.  I guess the twister either goes over or behind us.  I later hear two people have been killed in the tornado the next day.   Nonetheless, I keep driving even though I’m shaken up.  I stop in a small town toward the western end of Texas to sleep because my nerves are shot; I even forget the name of the town.  I call someone and tell them where I am, “just in case.”  I sleep in the van with my dogs.  One of the dogs is a 10-month-old, 70lb American terrier that loves me so I’m not worried about anybody messing with me.

If you’re wondering why I make this trip with my dogs I’m happy to explain it.  I found myself in a marriage I wanted out of, in a hometown I was tired of being in.   Most people follow their dreams when they are young and carefree.  I do things backwards.  I always wanted to move out west but was busy raising kids and doing the stuff that makes us put our dreams away to rust.  Recently I have had opportunities to pull those dreams out and clean the rust off.  I’ve had many dreams come true in the last year or so.  This journey being one of them.   My pup also being one.  I’ve wanted a blue pittie for years and just hadn’t gotten around to it.

My pup, Spirit, was meant to be mine.  He is one of my traveling companions.  I brought dog food but after the second day he discovers fast food and dog food is out. They may have eaten a couple bites of what was scattered all over the back seat of the van but cheeseburgers are the preferred meal.  And fries…can’t forget those!  Even my glass of Coke is an option if he has half a chance!

My older, smaller dog pretty much sleeps. He’s on an adventure too!   He also learns how to “open” the water I bought by chewing the handle of the gal bottles.  When they get too low for that to work he just chews the bottles up. The first couple couple of times I’m rather amused.  By the third day it’s rather annoying as I think I may need it going through the desert.  Luckily I don’t.   Yes, the inside of the van is a bit of a mess but as I had purchased it from my daughter who has 4 kids that really isn’t a big deal.  It still needs a good internal detailing to remove crayon marks and assorted sticky things I really prefer not to identify. I expect such behavior from him so don’t get too uptight about any of it.  He’s a puppy after all, albeit a 70-pound one.  Skeeter, my older dog basically sleeps through most of it because she’s been on smaller road trips and doesn’t get excited about such things.  She’s just happy to be with me.

I start out at daylight and continue on.  The skies are finally sunny!  I get the rest of the way out of Texas and into New Mexico: Destination Roswell.   Arrive fairly early.  I don’t spend much time there but have to go through town so I can at least say I’ve been there!  By then I am pretty much in “just want to get there” mode and the dogs are too, I think.  I make it to Flagstaff to meet a friend on another planned stop, then onward toward California. I get some beautiful pictures of the sun setting in New Mexico.  I also make really good time. Of course the fact I gained two hours of daylight doesn’t hurt either.

Driving through the mountains is something I’ve never been crazy about and the northwest part of New Mexico plus most of the way through California is crossing the mountains.  I want to get to my destination that night but it isn’t going to happen so I stop at an exit several trucks are taking and pull into the parking lot of a small gas station.  When you’re traveling with a huge terrier and a little ankle biter you aren’t too worried about people bothering you.  It isn’t the best choice however because he growls half the night and after I wake up to him standing over top of me and the smaller dog standing over my head both seriously growling at about 3 am, I decide to move on.  I drive about 30 miles down the road and pull off in a small pull off area with three-or-four semis and go back to sleep until daylight.  It’s quite peaceful there.  I continue on my way.

It’s a beautiful day.  The sun is shining. I know I’m in California because it’s quite cool.  One of the roads on my original route is under construction so the GPS directs me to a completely different route.  I really don’t mind although I think this adds a couple hundred more miles to my trip.  But I see some really gorgeous scenery and other than one fill up I have to make in BFE at $4.59 a gallon, it’s a great trip.

More mountains.  Lots more mountains but by now I’m site seeing so I just slow down and gawk with everybody else.  Kentucky has mountains but California has mountains!  They are gorgeous! I also have the pleasure of going through part of the Mojave desert on my adventure.  I have a thing for deserts and really love that.  The diversity of the US is really amazing and if I had taken more time and explored each state in depth I know I would have found even more unique and amazing things.  But I’m on a tight budget that I don’t go over.  Thankfully, no trouble with the van either.  I add just a little water in Flagstaff, less than a quart to the reservoir.  The oil is good, and after I unload the van I discover I have a back tire that could use a little air.  The total mileage for my adventure is right around 3,000 miles, but you have to remember I went to Mississippi and had a detour in California.  It costs around $500.00 including food to get here.  I sleep in the van except the first night when I stay at my friend Lana’s in Ms..

It’s definitely been an adventure worth the money!!  Would I do it again?  Not anytime soon but who knows what the future might hold!!  Maybe when the pup learns to “stay” a little better.

21 More posts in July 2021 category
Recommended for you 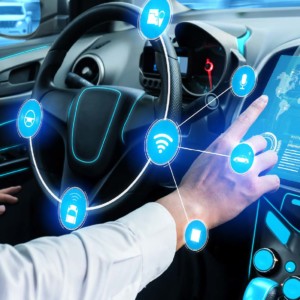 Infotainment systems continue to improve but good music never goes out of style From the...