With the exception of Trump being dumped, it goes without saying that 2020 was an annus horribilis for just about everyone.

That only enhances the rationale for why this issue of Auto and Trucking Atlantic looks at HR issues in the Canadian automotive sector and the attached trends in the year to come. Let’s look into the crystal ball and see what’s in store for the industry in 2021.

The manufacturing sector endured a fairly rocky year in Canada, but this has also opened the door to welcome in change and innovation.

Maclean’s reports optimism in Canada’s automotive sector as Toyota and Honda’s combined Canadian investments are expected to be responsible for 50 percent of Canadian vehicle production for 2020. This is also the first year where Japanese-owned manufacturers produced more vehicles in Canada than their American competitors. In terms of sheer output, Toyota ranks first. It’s expected that this position will be sustained well into the new year and beyond. Despite this, there are still some doubters out there that question if Japan’s contribution to the Canadian economy is just as important as our neighbours’ to the south.

While there’s still reason to approach any predictions with caution, it’s high time to acknowledge the contributions of both Japan and the U.S. as nearly equal players in this regard.  For its part, optimism is fairly high with investments by FCA, Ford and General Motors in Canadian manufacturing amenities.

Among labour market professionals and automotive industry pundits, filling the skills gap has been a major source of anxiety. There has been a lot of talk about “future proofing” the workforce in recent years and while Canada has been somewhat slow on the uptick, automation is the answer everyone’s pointing at.

Yes, some jobs will be lost in the process, but new jobs will also be created as manufacturers work towards adapting to the rapidly changing environmental requirements.

The sales have it

Covid-19 also left a trail of destruction in the sales results of auto sellers across the country. Showrooms either shut down completely or at least partially, leaving everyone wondering what the future would hold. Vehicle sales bounced back somewhat in the second half of the year after second quarter losses that clocked in at 250,000 units. Still, price drops, fuel efficiency and the promise of environmental responsibility were among the perks used to woo wary drivers back into the showroom—at least to some degree—sales recovery appears to be “in motion.”  Despite occupying a relatively miniscule place in the overall market, midsize pickup truck, sales were up 17 per cent in the third quarter and remained five per cent stronger than where they placed this time last year. With half a percentage point gain, these babies now outsell midsize cars and continue to make an imprint. And with new entries by both Honda and Nissan in 2021, keep an eye on sales performance.  Likewise, full-size trucks, with Ford F-series in the lead, moved up the sales ladder with a fairly healthy 15 per cent increase and account for about twenty percent of all Canadian light vehicle sales.

Limited space doesn’t allow me to expand much on so many things that I’d like to. But one thing from the last year stands out that I’d like to acknowledge. The Atlantic region endured a particularly rough year in terms of tragedies on multiple levels and if nothing else Maritimers proved themselves a remarkably resilient bunch, able to absorb an incredible amount of punishment again and again, only to rise with the kindness and humility that other regions would have lost long ago. That’s something to be proud of and an example to the rest of us who can only stand back and admire the region that keeps on trucking, while remembering what’s truly important.

Keep up the good work, guys and gals.

14 More posts in January 2021 category
Recommended for you 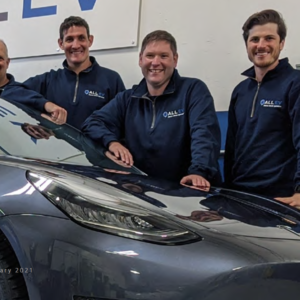