Edmundston, NB bumper to bumper goes back three generations by pat lee an old photograph of albert auto electric in edmundston shows a large white building with a couple of irving pumps out front with a big sign promoting farm tires.

It was taken sometime after 1945 when Jean Albert owned the business, then an auto repair shop that also sold gas.

Skip forward a couple of generations and his grandson Robert is running the business, which has evolved into a Bumber to Bumber auto parts dealer in the Northern New Brunswick city.

Bumper to Bumper is a Canadian auto parts distributor that has been in business for 50 years. Better known in western Canada, Bumper to Bumper is one of the country’s largest auto parts networks with 72,000 square meters of warehouse space in 160 stores and 4,000 affiliated mechanical shops.

Albert, who took over for his father when he passed away about 23 years ago, said over the years many members of his family have had a hand in the business, with his father, two uncles and an aunt all working together there at one time.

He is the final Albert working at the business, once known as Albert Auto Electric.

Albert says his grandfather and father learned the auto repair trade in Detroit, taking courses at the Ford plant in Motor City.

Since then, it’s evolved into a parts dealer, serving customers and wholesalers alike.

Although he’s officially been running the shop, which goes under the name BTB Martin R. Albert, for a couple of decades, he’s been hanging around the family business for much longer.

Albert, 61, said he would hang out at the shop after school, cutting tobacco and preparing pouches for his grandfather’s pipe.

“Every Friday I would give him two pouches to get him through the weekend,” he said. “I’ve always grown up around the shop.”

Albert also worked for his dad while going to school but took a different career path after graduation, working as a fireman in Edmundston for many years until his father asked him to come on board to help run the business.

Naturally there have been plenty of changes since his grandfather opened the business those many years ago, from doing most things manually to evolving into fully computerized systems.

“It’s changed a lot. When my grandfather owned it, we didn’t need the inventory we have now.”

As for his future, Albert said he is a bit sad that there is no other Albert after him to take over the business, but he plans to be around for a while longer.

“But I’m taking a bit more time off to do things like fishing, hunting, fourwheeling. As long as I’m in the woods.” 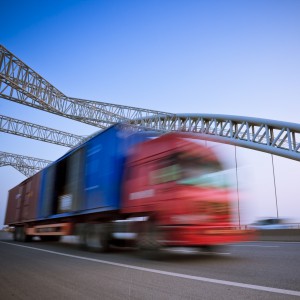